FARGO, N.D. - Brian Overby has joined Bell Bank as managing director for the company’s wealth management division. In his role, Overby leads the Bell Bank Wealth Management group, with more than $10 billion in assets under management. He offices at Bell’s downtown Fargo location at 15 Broadway and works with wealth management leaders across Bell’s hub markets based in Fargo, Minneapolis-St. Paul and Phoenix.

“Brian’s background and success in the industry will help take us to the next level as we work to become one of the largest privately held wealth management providers in the country,” said Patrick Chaffee, executive vice president of banking and wealth management at Bell.

Originally from Northwood, N.D., Overby graduated from the University of North Dakota with a degree in financial management and has worked in the financial field since 1995. Prior to joining Bell, he spent his professional career at Alerus and since 2002 had served as president of Alerus Retirement and Benefits.

Overby and his wife live near Grand Forks and have three children.

Founded in 1966 and headquartered in Fargo, N.D., Bell Bank is one of the nation’s largest family- and employee-owned banks, with full-service banking locations in North Dakota, Minnesota and Arizona and more than $11 billion in assets. Bell Bank Wealth Management has been entrusted with more than $10 billion in assets under management. The division includes an array of financial services, including financial planning, trust and estate planning, investment management, retirement services and insurance. Since 2008, Bell’s unique Pay It Forward initiative has empowered more than $22 million in employee giving to individuals, families and organizations in need.

Products and services offered by Bell Wealth Management are: Not FDIC insured | May lose value | Not financial institution guaranteed | Not a deposit | Not insured by any federal government agency. 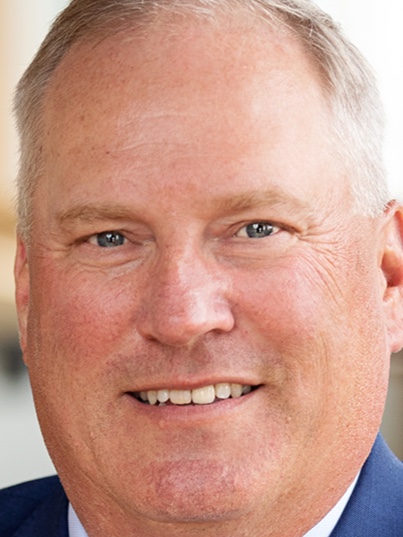