Schiff 'has not paid the price' for impeachment, Trump says in what appears to be veiled threat

The Red River dropped enough that First Avenue North could reopen in Moorhead, which allowed the bridge to open to traffic again.

The river was in moderate flood stage at 29.68 feet as of 1:15 p.m. Thursday, according to the National Weather Service. The forecast calls for the river level to continue falling through the weekend and into next week.

The 12th Avenue North bridge, known as the former toll bridge, is expected to open next week, city of Fargo officials said. 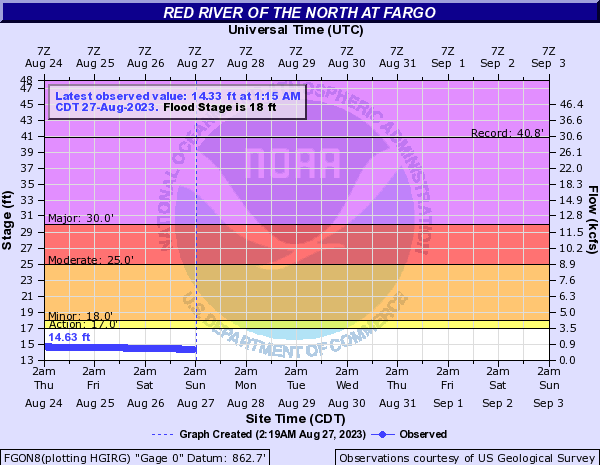