Brandon Lee Cermak died May 28, 2022 near Flasher, ND due to a tragic motorcycle accident. He was 35 years old. Brandon was born on April 30, 1987, in Breckenridge, MN. He graduated from Anoka High School in 2005 and went on to attend Anoka Technical College where he graduated in 2010 with a construction electrician degree. He furthered his education at Bemidji State University where he received his Bachelor of Science degree in business administration and marketing in 2013. After completing his education, he moved to Eagan, MN where he worked for Marco Technologies. Brandon then moved to Fargo, ND in 2015 where he pursued a career as an electrician. He currently worked at Magnum Electric, Inc. as a journeyman electrician. Brandon enjoyed hockey and baseball during his childhood and was involved with Boy Scouts. During his teens, he enjoyed skateboarding and started playing guitar at the age of 10 years old. He was a member of a few bands when he was younger and continued playing at local bars during open mic nights when possible. He also had a passion for motorcycles. Brandon is survived by his parents Wade and Kim (Birchem) Cermak of Fargo, ND; brother, Austin Cermak of Fargo, ND; grandparents Duane (Jan) Cermak of Bismarck, ND and aunts and uncles Wendy (Mark) Chambers of Greeley, CO, Troy Cermak of Grand Forks, ND, Chad (Susan) Birchem of Wheaton, MN and Kristi (Joe) Hughes of St. Cloud, MN along with many cousins and countless friends. He was preceded in death by his grandparents Dennis and Connie Birchem and Loretta Cermak. A Celebration of Life will be held at the Mainline Bar & Grill in Downer, MN (Private Events Room) on July 16, 2022 from 4:00 – 8:00. 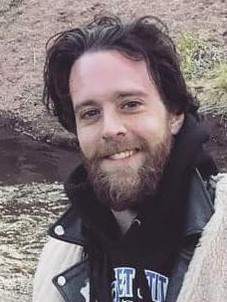