Dennis was born on May 29th, 1955 in Lisbon, ND to parents Lawrence and Evelyn Mauch. Dennis graduated Hankinson High School in 1973 and went on to farm in the Mantador area. He was active in various groups in the community such as snowmobile club, Jaycees, and Saints Peter and Paul Catholic church. Dennis had a love for snowmobiles, fishing, racing of any kind, fixing small engines, finding the best breakfast diners, the bars with the coldest beer and Dairy Queen peanut buster parfaits.

Dennis was preceded in death by his parents Lawrence (Bud) and Evelyn Mauch.

Visitation will be Friday, June 24, 2022 from 9:00 - 10:30 a.m. followed by the memorial service at 10:30 a.m. all at Sts Peter and Paul Catholic Church in Mantador, ND, with burial at Calvary Cemetery, Mantador. Following the burial service there will be luncheon at the Mantador VFW. 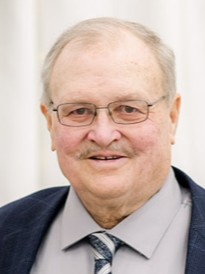