Donald J. Oelrich, 75, Detroit Lakes, passed away on Thursday, November 17, 2022, with his daughter at his side. Donald James Oelrich was born June 28, 1947, in Hillsboro, ND, to James and Marjorie (Weber) Oelrich. He grew up and attended school in Hillsboro. In 1966, Don married Rose Mooney and together they started a family. In 1975, they moved to Comstock, MN, where Don lived for 42 years, during those years he worked for Wayne Tonsfeldt farms until Wayne retired. Don then worked at Riverview Retirement until he retired 2012. Don loved working on the farm and he found extra time to help local farmers during the planting and harvest season until 2020. He was happiest behind a tractor, Don married Ginger Anderson in 1997 and later moved into Moorhead. Don was diagnosed with Parkinson’s in 2020.

He was preceded in death by his daughter, Lynda Meyer; parents, James and Marjorie; and brothers, Roy and Gene.

The family would like to thank the staff at Lincoln Park Assisted Living in Detroit Lakes for their wonderful care. Also, a huge thank you to Leah Hochstein APRN, CNP Sanford Health for her compassion and caring for Don in the last year. 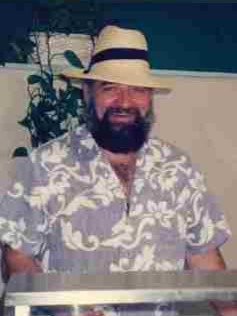