Dr. Donald Richard Lamb, age 63, passed away unexpectedly on July 24, 2022 at the lake home he built on Pickerel Lake in Minnesota.

Don was born in St. Paul, MN on August 2, 1958 to Mary M. Wright and Donald L. Lamb and was raised in Fargo, ND. After graduating from Fargo South High School in 1976, he attended the University of North Dakota, earning a B.S. in medicine in 1982. He continued his education at the University of Utah School of Medicine, attaining his Medical Doctorate in 1984. He married Linda J. Tabata on May 6, 1984 in Salt Lake City, UT before returning to the University of North Dakota for his residency in General Surgery. He completed his plastic surgery fellowship at the University of Wisconsin, Madison in 1991. During that time, they welcomed their two children Patrick William and Jessica Rachel. He returned to Fargo, ND to join his father’s private practice Lamb Plastic Surgery in 1991. In his 31 years of practice, he was instrumental in the Cleft Lip and Palate Clinic of Fargo and Grand Forks. He performed reconstructive plastic surgeries on several humanitarian mission trips to Ecuador, Peru, and Haiti. He was involved in teaching tomorrow’s health care professionals at the University of North Dakota, Minnesota State University - Moorhead, and Sanford Health. He was the recipient of the Resident Award for Outstanding Surgical Technical Ability in the Department of Surgery at the University of North Dakota School of Medicine in 1988-89; the Service to Mankind Award from the F-M Sertoma Club in 1995 for his cleft-lip and palate work; and he was inducted into the Fargo South High Hall of Fame in 2004.

Don was preceded in death by his parents and his brother Daniel L. Lamb. He is survived by his wife, Linda; son, Patrick (Katie Oines) and their children Lillian and William, and daughter, Jessica. He is also survived by his sister, Billie L. (John) Rowles; brother, David L. (Barbara) Lamb; Billie Bell; aunt, Angell Wright; and numerous cousins, nieces, and nephews.

Don was a man of many interests, including barefoot water skiing, rock climbing, hang gliding, downhill skiing, cycling, construction, woodworking, and welding. He will always be remembered for utilizing his vision and talent to help those around him. He was always one to have a project, whether it be the 8th street house remodel, rebuilding a car with Patrick, or turning ‘Harry Potter wands’ with Jessica. His biggest legacy will be having built the lake home that brings his family and friends together.

Funeral Service: 2pm, Monday, August 1, 2022 at First Presbyterian Church, Fargo, ND with visitation one hour prior. The funeral service will be livestreamed on the funeral home website.

Memorials may be made to the University of North Dakota School of Medicine & Health Sciences or the Healthcare Equipment Recycling Organization (HERO). 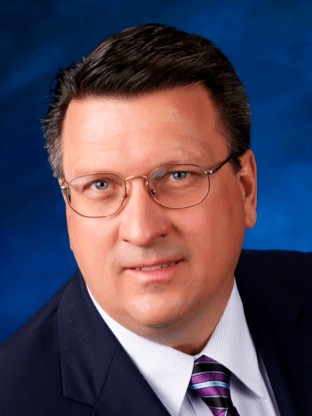