Donald Eckhoff was born to John and Theoline (nee Bjorem) on January 26, 1929. Two weeks later Theoline died, most likely from an infection. As a result, Don was raised by his aunt and uncle Ella and Fred Fetting on their farm in Pleasant View township, one mile west of the Eckhoff homestead where John lived.

Many obituaries say things like, “family was very important to him.” This is without question a true statement for many, but it was especially true for Don. What did it mean for Don to take care of his family? When Don completed eighth grade at the country school near home, Ella asked him if he wanted to go to high school in Ada. She explained that it would mean that he would have to board in town during the week. Fred was “laid up with rheumatism” by this time and it was already a struggle to keep things going on the farm. Knowing this, Don chose to forego high school to stay at home and help on the farm.  Don enlisted in the Navy in early 1952, returned on leave in June of that year and married Janis Anderson at Grace Lutheran Church in Ada. When Don returned from his naval duties in 1954, Ella advocated for him to take over the original Eckhoff homestead. Don and Janis lived on that farm homestead for many years and were active members of Immanuel Lutheran Church before it closed.

What did it mean for Don to take care of his family? It meant that when several car loads of families were snowed in at Immanuel Lutheran Church one Sunday morning during an unexpected blizzard, he got his tractor, dug them out, and led a caravan of cars to safety.

What did it mean for Don to take care of his family? By this time the Land o’ Lakes Creamery in Ada had closed and the building was standing vacant. He bought the building originally intending to use it to store his excavating equipment but quickly realized that it was “too good” to be used in that way. As a result, the Creamery Restaurant and mini-mall were developed providing an economic boost to Ada.

What did it mean for Don to take care of his family? Finally, when Janis had a debilitating stroke in November of 2009, it meant that he would live out his marriage vows by caring for her.

He is survived by his daughter Maureen Hagen (Mark) and his son Kevin (Susan Cole), grandchildren Allison Dove (Noah), Andrew Hagen, Kaylin Polk and Shea Polk as well as two great-grandchildren, Sylvia Dove and Iliyah Polk. The family that preceded him in death were his birth parents John and Theoline (Bjorem) Eckhoff, Ella (Eckhoff) and Fred Fetting, his sister Muriel Eckhoff Clayton, his brother Russell Willis Eckhoff, Gladys Fetting Krogstad, Earl Fetting and Alvin Fetting as well as their respective spouses. And of course, his wife Janis (Anderson) Eckhoff. Yes, Don was the last of his generation on the Eckhoff/Fetting side of the family.

Don was a man of his word and took his responsibilities very seriously. He preferred a handshake over a contract. When he said he would accomplish something or pay back a debt he did so, even if it took years. He was admired and respected by many. Blessed be his memory by all of us who knew him.

Funeral Services will be held at 1:30 PM, Thursday, December 30, 2021 at Grace Lutheran Church, Ada, Minnesota. Visitation will be one hour prior to Service. 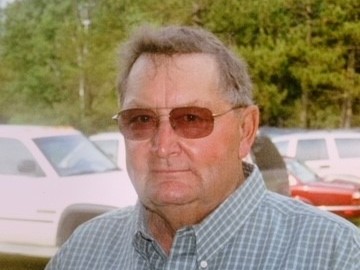