Earl, better known as Barney to those who knew him, was born February 23, 1922, in Holy Cross Township (Clay County) to Ole and Ella (Swenson) Edwards during one of the worst snowstorms of the century. He was raised on various farm sites in Clay County along with his four brothers and eight sisters. The name Barney was given to him by his great uncle, Albert Edwards, who would put Barney up on his shoulders to ride. Albert would be “Spark Plug” and Earl was “Barney Google” based on popular comic strip characters of the time. The name stuck for the rest of his life.

Barney was educated in Rustad, MN, Comstock, MN, and the Motschenbacher and Ibsen country schools. He was baptized and confirmed at the same time in Comstock Lutheran Church in 1937. As a young man he worked on various local farms. In 1944, Barney was drafted into the Army and received basic training at Fort McClellan, Alabama. He was assigned to the 84th Infantry, part of the Illinois National Guard that had been federalized. He crossed the Atlantic on the Queen Mary and arrived in Europe in January of 1945 where he fought in the Battle of the Bulge, the Rhineland Campaign, and the Central Europe Campaign. During the year after peace was declared, he remained in Europe to assist in recovery after the war. Upon his return, he farmed with his brother, Orville, in Wilkin County and attended classes at Interstate Business College. In 1950 he was recalled to active duty during the Korean conflict and was stationed in Korea and Japan with an engineering unit that built railroad trestles and roads.

After his return from Korea, he worked at the Farmer’s Elevator in Wolverton, becoming the manager of the bulk oil delivery business as well as operating the gas station under the Husky, Skelly and Cenex brands.

In 1961, Barney married Ethel Olson of Rothsay, MN. They made their home in Wolverton. Daughters, Kristi and Julie followed. Barney was active at Faith Lutheran Church, a men’s bowling league, deer hunting, the volunteer fire department, he enjoyed his daughter’s activities and later his son-in-law and beloved granddaughter’s sporting events. He was legendary for “Barney hugs.” He retired from the elevator in 1989. Barney and family traveled to Norway in 2003 to visit Ethel’s father’s birthplace and relatives. In 2015, Barney was fortunate to travel to Washington, DC on the Veterans Honor Flight of F/M with both of his daughters. At the time of his passing, he was a 75-year member of the American Legion.

The family would like to acknowledge the staff of Eventide on Eighth who lovingly called him “grandpa” and took such good care of him as well as the staff at Sanford Hospice for their gentle care of him and his family during his last week.

The Funeral Service for Barney will be 2:00 PM, Friday, September 9, 2022, in Faith Lutheran Church, Wolverton, MN, with a visitation one hour prior to his service. Burial will take place in Salem Cemetery, Wolverton.

Per Family’s wishes, attire is semi-casual (no suits or somber attire) 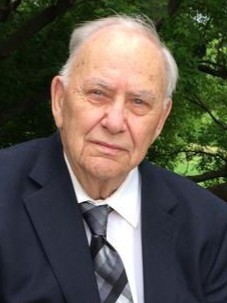