Rusty was born April 7th, 1930, west of Grand Rapids, ND. He was the 8th of twelve children to Lou and Gladys (Gilpin) Kamletz. He attended school in Berlin thru the 8th grade. He was baptized and confirmed at Willow Grove Methodist Church.

Using horses on the farm was so much a daily part of dad’s life. He was so proud of having his own team at a very young age and told many stories about his team, Fannie & Torchy, and their feisty behavior sounded like it was a good match for a redhead’s spirited personality.

In his teens, Rusty worked with Father Duda and learned how to do electrical work. He was able to take that knowledge and wired the farm where he lived with his parents by Berlin. He was also good at working on machines and engines and became a good mechanic.

He was drafted into the service in 1951, and in Korea was a troop leader & Sergeant in the mortar company. While in the military, he was granted “Harvest Leave” by the ND Senator so he could return to help with the harvest. After serving in the military, he returned to help on his family farm.

He married Bernette Schulz in 1955 and they raised 4 children.

During his lifetime, he did work for the Farmers Union installing gas furnaces and delivering LP gas, sheep shearing, custom spraying, combining, and baling (which he became somewhat of a local “expert” at in getting them to tie.)

Rusty & Bernette purchased a farm near Edgeley in 1972, which he farmed until he retired. He provided for his family and was always setting an example of hard work and helping others.

During his retirement years he enjoyed socializing with friends “His Coffee Groups”, and helping people in various ways when he was able. Being home in time for Jeopardy! was a priority.

You could also tell when Rusty was around, he was always whistling, and he always had a humorous answer to most remarks.

Visitation – One hour before the service at church.

Arrangements are in the care of Williams Funeral Chapel, Edgeley. 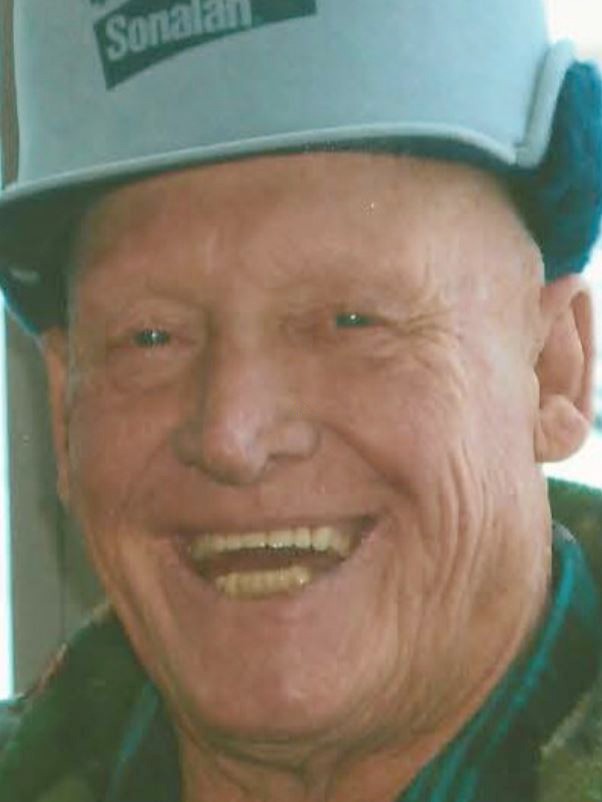