Erwin R. Johnson passed away peacefully while surrounded by family on January 19, 2022.

Erwin Ray Johnson was born to John and Nettie Johnson on June 25, 1925, in Drake, North Dakota.

Erwin graduated from Drake High School, though he often liked to joke that he was home-schooled – and “no one was home.” Following high school, he attended Jamestown College, where he was very active in athletics. A varsity performer in basketball and football, Erwin also was a state college track and field champion in pole vault, high jump and long jump with frequent citations in the sports pages of the local newspaper.

He next attended the University of North Dakota with a BS in accounting and was a member of the Beta Alpha Psi honorary accounting society. Upon graduation from UND, Erwin was hired by the CPA firm of Broeker and Hendrickson in Fargo in 1954.

In 1957, Erwin joined Northern Improvement Company in Fargo where he was corporate secretary and a member of the board of directors, as well as a partner in McCormick Properties.

Active in business and community, Erwin was appointed to the Fargo Planning Commission, for which he served 11 years, and was a chairman and member of the Metropolitan Council of Government. He served as a member of the North Dakota Job Service Advisory Council for 15 years, representing the North Dakota General Contractors. He also served on the AGC legislative committee.

Erwin was an avid golfer and possessed the uncanny ability to recall decades-old golf games in captivating detail. An Edgewood Golf Course Men’s Club Senior Champion, he was active in the FM senior tour and was a longtime member of Oxbow Country Club.

Music was also important to Erwin. He sang in 16 Fargo Moorhead Civic Opera productions and was a member of the First Lutheran Cathedral Choir, joining the choir on its international tours to Norway, Yugoslavia and behind the iron curtain in East Germany. He also performed as a soloist for worship services and special occasions.

Upon his retirement in 1990, Erwin and Arlene moved to Peoria, Arizona. Erwin was a longtime member of the choir at the American Lutheran Church of Sun City and a member of the Westbrook Village Country Club, where he shot his age many times a year starting at age 74.

In September of 2021, Erwin and Arlene moved to Maple Grove, Minnesota to be closer to family.

Erwin and Arlene enjoyed socializing with family, friends and strangers alike, and Erwin’s friendly disposition and sharp wit created enduring memories for those who had the joy of conversing with him.

Erwin was proud to have lived 96-and-a-half wonderful years. He is survived by his wife of 62 years, Arlene, and their three children: Karla (Darrell) Kempfert of Minnetonka, MN; Jodi (Mike) Milbradt of Corcoran, MN; and Jay Johnson of New York, NY; and sister Harriet Brown of Moorhead, MN and many wonderful nieces and nephews. He was preceded in death by his parents and brother, Lyle Johnson of Fargo, ND.

A service will be held at a later date to be determined.

Condolences and memories can be shared at https://thepetersonchapel.com 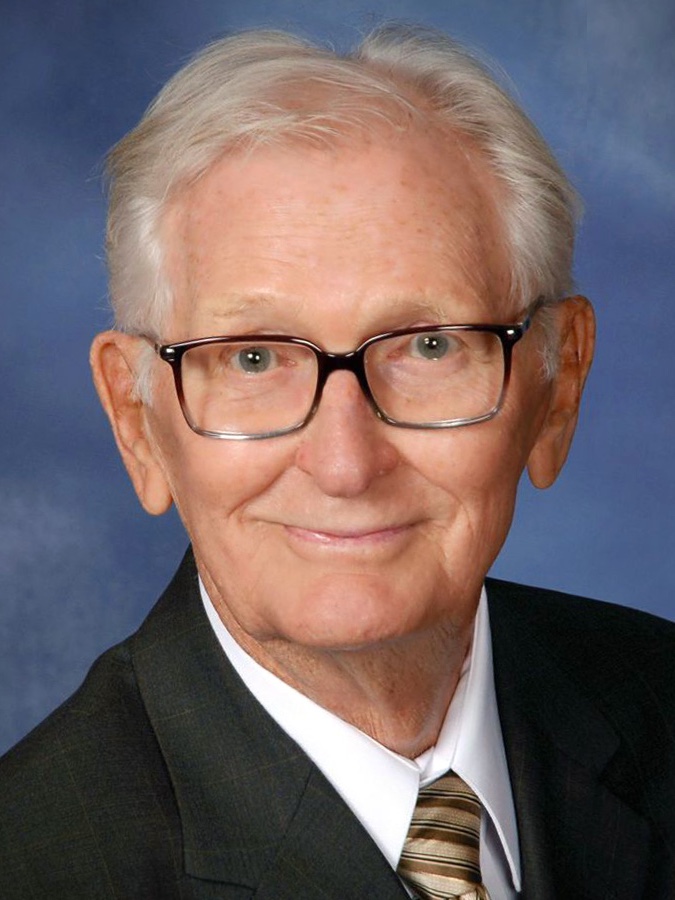