Genevieve (Jenny) Pulkrabek passed away on May 19, 2022 at the age of 90, surrounded by her loving husband and family.

Jenny was born June 3, 1931 to Frank and Genevieve Vlcek on their farm in Silver Lake, MN. After graduating High School, she worked as an egg candler, waitress and bookkeeper. It was at the local café that Leonard Pulkrabek first laid eyes on the love of his life. He later saw her at the Hutchinson Roller Rink where they fell in love while skating together 4 to 5 nights a week. They married June 3, 1952 in Silver Lake where they resided for several years. They eventually moved to West Fargo where they built their business, LTP Enterprises, where Jenny worked as an office manager.

Jenny’s most difficult, yet most loved management position was running the household while raising their 6 children. She was active in their lives as a Scout Leader, 4-H Club leader, school volunteer and catechism teacher. She was their biggest fan, showing up for every game, concert and event. Her assertive cheering and willingness to share her opinions of umpires’ calls led to many “spirited” discussions on the field. Her light-hearted personality somehow managed to keep her from getting ejected from any game (that we know of). Jenny was an avid Bingo player who always seemed to have a lucky rabbit’s foot in her pocket. She enjoyed playing cards, doing puzzles, watching game shows and the Minnesota Twins, hosting card parties, golfing, bowling and spoiling her grandchildren. She also enjoyed spending over 30 years of winters in Arizona with Leonard. She could usually be found on her swing in the backyard watching hummingbirds and her little bunnies who she would sneak food to, much to the dismay of Leonard.

Jenny had a servant’s heart, frequently volunteering at church, Meals on Wheels and food pantries. She and Leonard also served as foster parents. She was a member of the Horace Senior Center and the VFW Women’s Auxiliary. Jenny and Leonard promenaded left, allemanded right and do si do’ed together for 15 years as square dancers, winning numerous awards.

She was one of those people that everyone loved. She always thought of everyone else first, no matter how it affected her. Jenny was generous to all and in Leonard’s words, “she never refused anything to anyone”. You could tell she was genuinely happy about helping others. It was impossible to leave her house without a meal, something she found on sale and thought you could use or a $20 bill shoved in your pocket. Jenny’s kryptonite was holding babies and eating chocolate or Twinkies. She was known to keep at least one hidden stash around the house. We fully expect to find Hershey kisses for the next several months. Even though she stood only 5’1 3/4”, she would go toe to toe with anyone if it followed her credo of, “If you believe you are right, fight for all your worth. If you find out you are wrong, be the first to apologize”. For such a sweet little woman, she had a stubborn streak and the amazing talent of sarcasm; a gift she passed on to her children and grandchildren.

In lieu of flowers, Jenny requested donations be made to Blessed Sacrament Catholic Church. 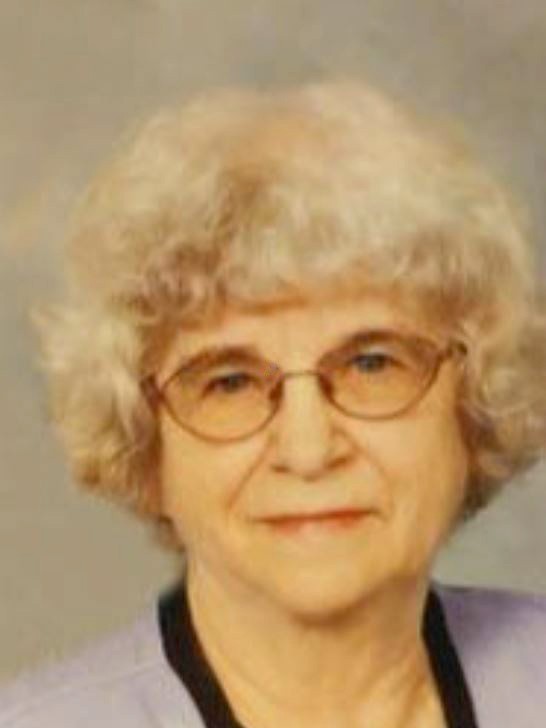 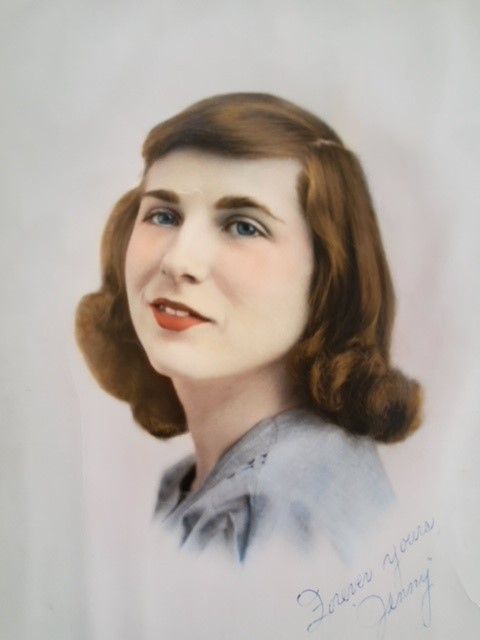