Harry was born on January 17, 1928, to Andrew (Andreas) and Mary (Maria Andritsch) Fillafer in Miles City, MT. Following high school graduation, he enlisted in the Navy and was stationed in the South Pacific shortly after World War II. Following active duty, he continued as a Navy Reservist and attended Hanson Auto School in Fargo, ND, where he became an instructor after graduation. He went on to work at Wallwork Ford, was Service Manager at Francis Peterson, Inc., and continued his career as an automotive instructor at Moorhead Technical College (now M State) for 21 years. Harry loved learning as well as teaching and received many accolades through the years. He received an honorary degree in Applied Science Technology, served as a board member on the school’s Foundation, taught evening classes that included “Car Care for Women,” and was 1988-89 Teacher of the Year. Harry was active with Clay County Safety Council and was a safety instructor through the DNR Enforcement Division for over 20 years which included teaching snowmobile safety.

Harry met the love of his life, Phyllis, at a dance in Fargo, they wed in 1953 and celebrated 67 years of marriage. They built their home in rural Moorhead, where they raised their two children, Richard and Sherry, and he remained there until his passing. Always open to travel and adventure, Phyllis and Harry traveled across the United States, internationally, and explored numerous destinations by car, cruise or group bus tours.

Harry was devoted to family and enjoyed attending his children’s and grandchildren’s activities. He was a member of the Oak Mound Congregational UCC and served the church in various capacities. Harry and Phyllis enjoyed dancing and were avid square dancers for over 25 years. Harry enjoyed family camping activities, was active in the community, and enjoyed many years on the Kragnes Elevator bowling team. He started pitching horseshoe in 1965, helped to establish the Moorhead Horseshoe League, and was instrumental in getting the horseshoe courts built and lights installed in Moorhead’s Davy Memorial Park. He enjoyed coordinating and participating in numerous local tournaments, was tournament director of the Annual Allard Open tournament for 40 years, participated in many state tournaments and pitched in two world tournaments. He served as Minnesota state horseshoe president in 1973 & 1974, was inducted into the Minnesota Horseshoe Pitchers Hall of Fame in 1994, and received North Dakota Horseshoe Pitchers Association honorary membership appreciation award in 2010. He shared his love of the game in teaching a week-long “Basics of Horseshoe Pitching” class to Moorhead High Students for 14 years. He and Phyllis were very involved with the Sons of Norway volunteering countless hours and Harry served as the lodge Sports Director. He looked for the good in people, was quick to smile, enjoyed sharing a laugh, and loved being the “king of the griddle” for Sunday pancakes. He truly cherished the scores of friendships made over the years through all the activities.

Harry is survived by his children, Richard (Carol) Fillafer and Sherry Fillafer (Phillip Ribbs), and grandchildren Jonathan Fillafer (Melissa Cruz) and Sarah Fillafer (Ryan Vetter) and many other loving relatives and friends. He was preceded in death by his wife Phyllis, an infant daughter, his parents, Andrew and Mary, brothers Ralph and Andy and their spouses.

A funeral will be held on Sunday, May 15, 2022, at 2:00 PM at the funeral home. A livestream of the service will be available on Harry’s obituary page at www.wrightfuneral.com where you can also find an online guestbook and video tribute. 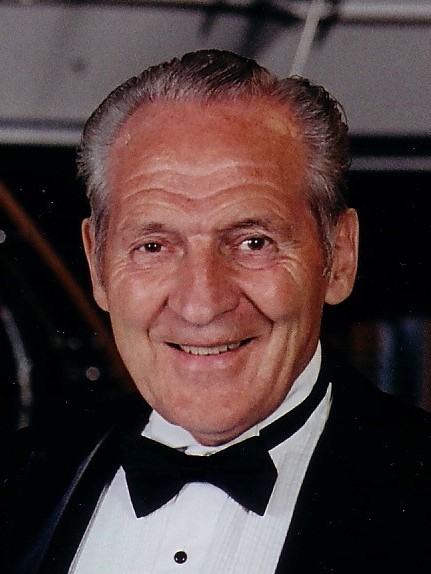