Iola Joan Peterson passed away August 2nd peacefully at home beside her loving husband Benny. Iola was born to Carl Estling and (Hilda) Marie (Haugen) Estling near Boyd, MN on August 16, 1931. Iola was raised on a farm near Boyd where she helped with chores of a farm family and learned carpentry skills from her father who supplemented his farm income as a carpenter. Iola participated in softball as a pitcher and worked as a nurse aid before graduating from Boyd High School.

Iola met Benjamin Peterson at the roller-skating rink by Milan MN. Benny was managing the rink while the owners were on vacation and Iola came to the rink with some friends. From there they continued to enjoy many dates of roller-skating and local activities in the area. Benny and Iola were married on June 17, 1950, at Trinity Lutheran Church in Boyd, MN by Benny’s father Rev. Andrew Peterson. They first lived in Madison, MN. Soon Benny accepted an offer to manage the grain elevator in Louisburg, MN. While living in southern Minnesota all three children were born: Patricia, Gary and Craig. In 1960, a job change brought the family Moorhead, MN.

Soon after, Benny and Iola discovered the sandy south shore of Lake Eunice south of Audubon, MN where they built a cabin and enjoyed summer months there.

In 1969 Iola started working as Secretary for the Librarian at Concordia College, Moorhead. She also worked some evenings at the circulation desk at Concordia where she discovered several foreign students with unique struggles being so far from home. Concordia administration saw the need for a person to assist foreign students. Iola was honored to be appointed Concordia’s first foreign student advisor. She continued this work well into her 70’s.

Around age 60, Iola and Benny decided to learn how to downhill snow ski, at the same time their oldest grandchildren were learning the skill. This provided another opportunity for family connections, conversations and a front-page picture on the Forum newspaper “The 6 skiing Petersons”.

Iola can be described as a survivor. In 1967, Iola was one of the first to undergo and survive open heart surgery at Mayo Clinic. Approximately 30 years later she was one of the lucky few to survive ovarian cancer. Even a broken hip at age 85 did little to slow her down. Later, Iola narrowly escaped a massive stroke thanks to Benny’s quick thinking.

The funeral service will be Monday, August 8, 2022, at 12:00 P.M., with visitation from 11:00 to 12:00, at The Lutheran Church of the Good Shepherd, Moorhead, MN. Interment will be at Prairie Home Cemetery, Moorhead. Livestream of service, video tribute and online guestbook at www.wrightfuneral.com. 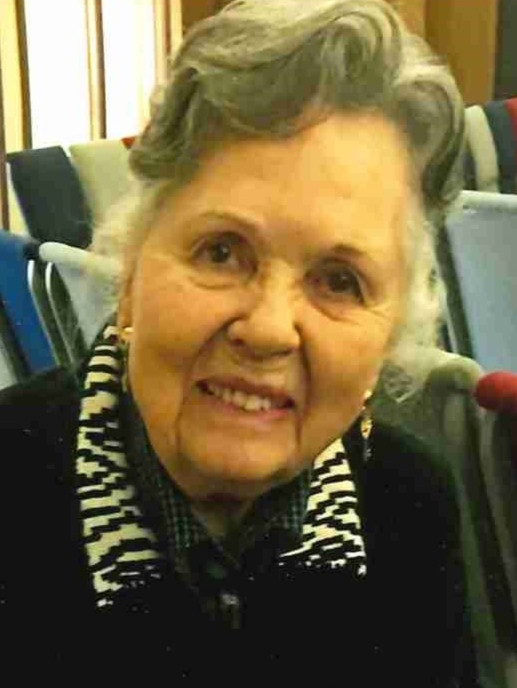