Janelle Kulish, 69, of Moorhead, MN, passed away on Wednesday, June 22, 2022 at home under the care of Hospice of the Red River Valley. Janelle Kay Kulish, daughter of Warren and Carol (Nelson) Skalman, was born October 15, 1952, in Fargo, North Dakota. They lived in Moorhead, Minnesota, and she became the big sister to Diane two years later. The family then moved to Wadena, Minnesota, where her father joined his father in business at Skalman Music. The family built a new home, and two brothers, Gary and Robert, joined the family.

She attended Wadena Public Schools, graduating from Wadena High School in 1970. She was active in music and home economics. She attended the Wadena Christian and Missionary Alliance Church, being active in the Youth Group and helping in Sunday School and Vacation Bible School. Following High School, she attended St. Paul Bible College, now Crown College. She sang in the Women’s Choir, spending one summer in a mixed quartet traveling to promote St. Paul Bible  College.

She graduated in 1974 with a degree in Christian Education. Here she met Marlowe. They dated long-distance and were married on August 10, 1974, in Wadena. She then moved to Dickinson, North Dakota, where Marlowe completed his History Degree at Dickinson State College, now Dickinson State University. She found a job working at Woolworth’s in the Jewelry Department. She then enrolled at Dickinson State College to pursue a degree in Education, hoping to follow in her mother’s  footsteps. In 1977 she and Marlowe moved to Moorhead, Minnesota, where Marlowe attended Moorhead State University. She again found work as a receptionist at a Dental Office and had her first child, Sara Ryn. When Marlowe took a job teaching in 1983, the family moved to Campbell, Minnesota, and she traveled to Wahpeton to work at a Dental Office and had her son, Christopher Marlowe. The next move took the family to Clara City, Minnesota, where she was a homemaker, caring for Sara and Chris. The next move was back to Moorhead, Minnesota, where Marlowe went back to school to pursue a master’s degree. She found several jobs working as a receptionist and a church secretary. In 1985 she was hired at St. Luke’s, soon to become MeritCare, and finally Sanford. This was the  beginning of a 34-year career, beginning as an ER registrar working the “graveyard shift”, then moving to Hospital Patient Registration, and finally working in Online Patient Registration.

Besides work, she was the Mom and homemaker in several rental houses. In 1998 there was the purchase of the family home in Moorhead, Minnesota. This home was her sanctuary; it was where she decorated it to her tastes; she was able to have a small garden and flower beds and enjoy cats, too many to count. It was here that she was able to sew to her heart’s content, sewing clothes for herself, mending Marlowe’s torn jeans, and making costumes as requested for Halloween by her children and grandchildren. During these years in Moorhead, her children grew up attending Moorhead Public Schools and participated in many activities.

They married and had children, and she became “Grandma.” It was a joy to see them grow and thrive in their individual lives and in their families lives. Retirement came in 2019 because of a diagnosis of cancer. Her treatment had taken her on quite a journey.

She is preceded in death by her parents and grandparents.

Janelle is survived by her three siblings and their spouses, as well as her husband, Marlowe; her daughter, Sara (Parr), with granddaughters Sadia (Isaac) and Selia, and son Chris and his wife Jaci (McCaskell) with grandsons Connor, Graeme, and Declan.

Memories and online condolences may be shared by visiting  www.hansonrunsvold.com. 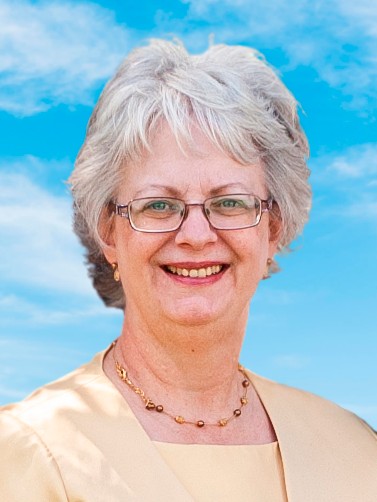