Joanne Ruth Jones, 89, of Osage, MN, died peacefully on Sunday, September 25, 2022 at her granddaughter’s (Lisa’s) home in Casselton, ND under the care of family and Hospice of the Red River Valley.

Joanne Ruth Amundson was born on May 4, 1933 in Sidney, Montana. Her parents were Einar and Emily Amundson. The family moved to eastern North Dakota in 1938 where Joanne was raised on a farm just north of Harwood. She graduated from Moorhead State High School in 1951 and from Saint JosePH Nursing School in 1954 becoming an RN.

Joanne was employed as a nurse (off and on between raising seven children) at Dakota Hospital in Fargo starting in 1954 and retiring in 1976. She continued on as a school nurse serving West Fargo Public Schools until retiring in the spring of 1993.

On September 24, 1954 she married DewWayne Jones in the Zion Lutheran Church in Harwood, ND. They moved to West Fargo in 1955. Together they had seven children and raised them through their graduations of the West Fargo Public Schools. Later they resided in Osage, MN and Mesa, AZ. DewWayne passed away in November of 2010. Joanne and DewWayne were married for 56 years.

Joanne and DewWayne were active following their children’s and later their grandchildren’s activities while they were attending school. Joanne and DewWayne were members of Faith Lutheran Church in West Fargo and Our Saviors Lutheran in Mesa. Later Joanne was able to attend many of her great grandchildren’s events. Joanne’s favorite hobbies were: spending time at the lake home in the summer and at the winter home in Mesa during our cold winters; she enjoyed reading, walking, cooking, baking, sewing, quilting, gardening, canning, watching TV (Golden Girls & Price Is Right) and playing table games. But most of all she enjoyed spending time with her family.

She is also survived by sister, Cheryl (Rudy Meinhardt), and brother in-law Doug (Mary) Jones. She is preceded in death by her brothers: Glenn, Norman, Leonard, Raymond; sisters: Corrine, Beverly, Lois; and granddaughter Katie. Visitation: Wednesday, September 28, 2022 from 5 to 7 PM with a prayer service at 7 PM at the West Funeral Home, West Fargo. Funeral Service: Thursday, September 29 at 11 AM at Faith Lutheran Church, West Fargo, with visitation one hour prior to the service. Final Resting Place: Sunset Memorial Gardens, Fargo. 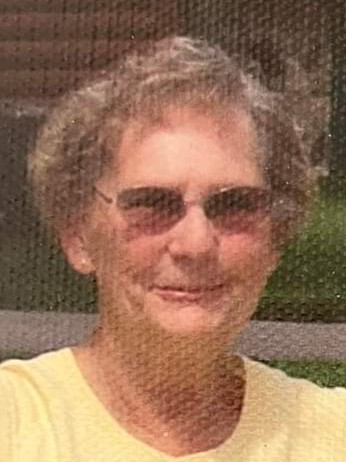