Joel was born January 20, 1978, in Minot, ND, and was adopted by Arden and Sharon (Isaacson) Fuher of Edgeley, ND, on February 17, 1978. Joel grew up on the family farm southwest of Edgeley and graduated from Edgeley High School in 1996. In high school he played football, golf, and baseball – which was his favorite sport and where he excelled as a center fielder. He was baptized, confirmed, and attended Sunday School at Our Redeemer’s Lutheran Church in Edgeley. After high school, he attended college at the University of North Dakota.

Joel was married to Kayla Wixo in 2007, and they share a daughter, Alexis Norrine Fuher. Alexis was the light of Joel’s life, with him often travelling to her out-of-state cheer team events, with trips as far away as Florida to watch her perform.

Joel spent more than 20 years of his career in retail sales, first in clothing for Silverman’s and Halberstadt’s, and later in furniture and bedding for Furniture Mart and as a sleep specialist with Ashley Furniture. In his most recent position with Ashley Furniture, Joel was routinely recognized for outstanding sales performance, achieving more than a million dollars in yearly bed sales several times in his career.

Joel is survived by many heartbroken family members, including his daughter, Alexis Fuher of Fargo, ND; his parents, Arden and Sharon Fuher of Edgeley, ND; his brother, John (Erin) Fuher of Chevy Chase, MD; his niece, Lena Fuher, and nephews, Kellogg and Patrick Fuher, all of Chevy Chase; his Aunts and Uncles, Spencer and Joann Isaacson of Edgeley, Robert Lamp of Fargo, and Mavis Fuher of Bismarck, ND; and many beloved cousins, relatives, and very good friends.

He was preceded in death by his grandparents, Earl and Marvel Isaacson and Joseph and Mercia Fuher; and his Aunts and Uncles Norrine and Alan Horsager, Eugene Fuher, and Muriel Lamp.

A funeral celebration will be held at 2:00 p.m. on Saturday, October 8, 2022, at Our Redeemer’s Lutheran Church in Edgeley, ND. Joel will be buried at a later date in Edgeley.

The family requests memorials be made to the American Cancer Society in Joel’s name to help find a cure to this devastating disease. Memorials can be given at www.cancer.org and by clicking on the “Give in Honor and Memorial” button.

Arrangements are in the care of Williams Funeral Chapel, Edgeley. 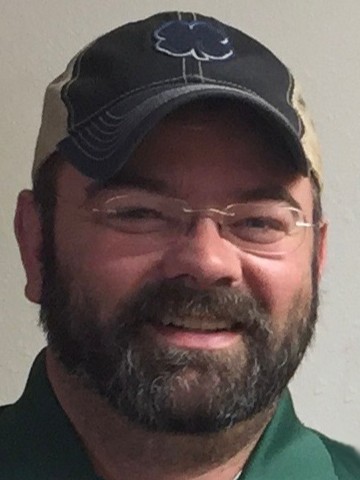