He was born Feb. 9, 1939, in Grand Forks, ND. In middle school, his family moved to Minneapolis, MN, where he later graduated from Roosevelt High School in Minneapolis in 1957. Shortly after graduating, he met the love of his life, Rochelle Amelia Perfect Barbero.

Jack and Rochelle were married on June 20, 1959, in Ebenezer Lutheran Brethren Church in Minneapolis while Jack attended the University of Minnesota. He soon transferred to Brown Institute of Broadcasting to concentrate on a career in radio and television. After graduating from Brown, Jack & Rochelle moved to Madison, WI, where he worked for a local Christian radio station. In 1960, Jack saw a job opening with KFNW, Fargo, ND, and they made the move.

In 1966, Jack made the switch into television, taking a job as an advertising copywriter at WDAY. Working with commercial production, Jack would often be the voice or spokesperson for local companies. Seeing his broadcasting talents, he was soon asked to fill-in as the weekend weatherman, which quickly turned into a regular weekend event. Jack transitioned from copywriter to sales and continued to work as the weekend weatherman full-time for 25 years. He retired in 2003 from the WDAY sales department after 37 years.

Throughout his career he was the face of Country Hearth Bread, Muscatell Automotive, Santa’s (Tempo) Toyland, The Magic Shop, Noonday, Partyline, Dakota Travel and Holiday Vacations, where he and his wife would host group tours around the world.

Jack was introduced to magic by his brother, Don, in the 6th grade. As he learned more tricks, his enthusiasm for magic and delighting his audience laid the foundation to become a performing magician. On the weekend weather, Jack was known for adding magic to the weather report and soon began performing for audiences throughout Minnesota and North Dakota.

In 1969, they welcomed their daughter Kimberly into their family, with daughter Melissa joining the family in 1972.

During his retirement years, Jack began performing at Jasper’s Theater in Park Rapids, MN, and continued sharing his love of magic and comedy, hosting the show for 14 seasons.

Jack was an active member of Triumph Lutheran Brethren Church in Moorhead. He served on the Board of Directors for the Fargo New Life Center for 30 years, was a member of Moorhead Noon Kiwanis, and a Lifetime Member of the Fellowship of Christian Magicians.

In addition to magic, Jack enjoyed traveling with his wife, keeping his yard beautiful, and spending time with his kids and grandkids, including cheering them on at their hockey games, wrestling matches, dance meets and theater productions.

In lieu of flowers, gifts can be made to Hospice of the Red River Valley or the New Life Center.

Arrangements by Korsmo Funeral and Cremation Service, Moorhead. Condolences and memories may be shared on Jack’s obituary page at www.korsmofuneralservice.com. 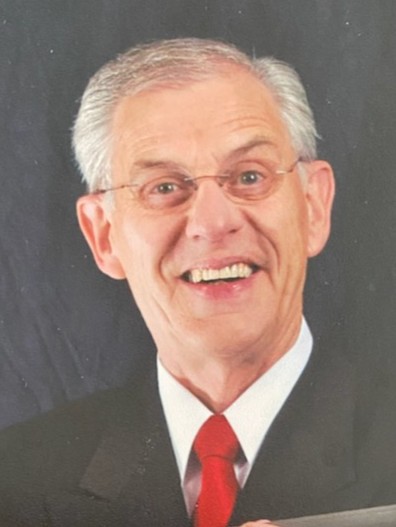