John was born on July 29th, 1939, in Brainerd, MN, to the late Leroy and Lucille (Dowling) LeDoux. John spent his childhood in Wrenshall, MN, where he graduated from Wrenshall High School in 1957. He entered the Army in June of 1957 where he served two years and then completed his remaining 4 years in the Army Reserve. During his time in the Army, he married his first wife, Lynnette, and they had three children, two sons and a daughter. Shortly after his discharge from the Army, John began working at Minnesota Woolen in Duluth and continued there for several years. John then attended Control Data School in Minneapolis, MN. Upon completion of his schooling, John moved to Fargo, ND, where he started working at Blue Cross Blue Shield of North Dakota. John then married his wife Diane, with whom he had one daughter. John worked his way through various positions at Blue Cross Blue Shield and retired after 30 years as an Assistant Vice President.

John had a love of the outdoors and was an avid hunter and fisherman. He took great joy from his family. He enjoyed golfing, camping, bowling, and playing cards. John had a great sense of humor, which he kept to the end, always quick with a quip and enjoyed pranks and bad jokes. In 2007, John started spending the winters in Florida, eventually buying a home in North Port, FL, where he and Diane spent the winter months. The other half of the year was split between their home in West Fargo, ND, and their lake place in Detroit Lakes, MN.

John was preceded in death by his parents Leroy and Lucille LeDoux, his brother Danny, and his beloved son, John Jr.

A celebration of life will take place in West Fargo, North Dakota sometime this summer.

In lieu of flowers, charitable contributions can be made to American Heart, Diabetes or Parkinson Disease Associations.

Services under the care of Farley Funeral Home and Crematory. Online condolences can be made at www.farleyfuneralhome.com. 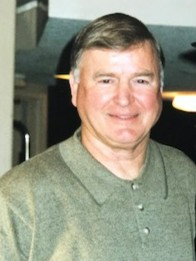