Judith Ann Millar passed away peacefully at Sheyenne Crossings in West Fargo on May 30, 2022 at the age of 82, surrounded by many of her loved ones.

Judith (Judy) was born April 25th, 1940 in Bemidji, MN the fourth and youngest child of Fay and Thelma (Hedding) Carter. She attended the rural Malterud one-room school house and graduated from Bemidji High School in 1956.

Judy was united in marriage to James Millar on June 29, 1957. To this union, four children were born, Douglas, Kevin, Darin, and Karmin. The family moved from Becida, MN to Moorhead, MN in the fall of 1970. Judy began working at the K-Mart on University Drive in Fargo. In 1972, the family moved to West Fargo, ND. It was then that she began her career at Moore Engineering. She proudly worked for this business for 40 years. Upon moving to West Fargo, the family also became members of St. Andrew Lutheran Church where Judy was extremely active as faith was very important to her.

Socializing was Judy’s greatest talent, she seemed to know everyone no matter the place or the event. Someone always knew Judy or had a friend who knew Judy. Most impressively, it wasn’t just in the West Fargo/Fargo/Moorhead area, it might have been an acquaintance that she had made while serving on the North Dakota State Credit Union Board in western North Dakota or other surrounding states. Truly a gift and one that she had perfected.

West Fargo High School events provided her the opportunity to continue honing her socializing skills during and after her retirement. If a play was in production or sporting event was being played in West Fargo, she could be seen sitting fairly close to event action but the majority of time with her back turned talking to someone she knew sitting behind her at the event. This support did not go un-noticed by the WFHS and the West Fargo Packer Backers as she received the 2013 Packer Backer Commitment Award.

Judy was preceded in death by her husband James, parents Fay and Thelma, brothers Ivan, Vernon, and Darrell.

The family of Judy Millar would like to extend a special thank you to the staff at Sheyenne Crossings and Ethos Hospice for all of the care and comfort. A video tribute and online guestbook may be visited at www.westfuneralhome.com. Memorials may be given at www.ethoscare.org or www.act.alz.org to help fight Alzheimer’s.

Visitation will be held at West Funeral Home in West Fargo from 5pm to 7pm on Thursday, June 9th. The funeral will be held at St Andrew Lutheran Church in West Fargo at 10:30am on Friday, June 10th, followed by a lunch at the church. After the funeral service, Judy will be transported to her final resting place next to James at the Fern Township cemetery located in rural Becida, MN. West Funeral Home & Life Tribute Center westfuneralhome.com 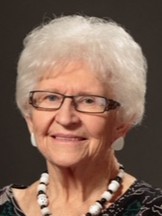