Lois Ann Koloen was born January 18, 1934 on a farm near Binford, ND, the daughter of Albert and Myrtle (Hanstad) Koloen. She attended a country school through 8th grade and graduated from Binford High School. She continued her education at Mercy School of Nursing in Valley City where she graduated as a Registered Nurse. For the next 44 years, Lois was a healthcare professional, working primarily at City Hospital, New Rockford and completed her career at Prairieland Home Health, Cooperstown.

Lois met Noble Bollingberg from Fessenden ND at a dance at the Rainbow Gardens in Carrington, ND. They were married on September 2, 1956 in Binford. They were blessed with three children: Leif, Beth and Del Mari. The couple lived near Erie, ND and later settled on a farm near Fessenden. Lois was involved in the farming operation, worked as a nurse and was active in the Order of the Eastern Star, homemakers, church and her children’s school activities. Noble died on February 25, 1969.

In the spring of 1970, good friends arranged a blind date for Lois with Byron Hopwood. It was a perfect match and they married on December 21, 1970 resulting in a move to Byron’s farm near Courtenay, ND.

She was involved in many community organizations including Royal Corinne Homemakers, Bible Study Club, Courtenay Barbecue Association and engaged in her children’s numerous activities. She also spent countless hours as co-chair of the 1986 Courtenay Centennial History Book.

During retirement, Lois enjoyed spending time with her family, attending grandchildren’s events and wintering in Surprise, Arizona. Her grandchildren and great-grandchildren were her pride and joy. Lois continued the passion and proud traditions of her Norwegian heritage throughout her life, including lefse baking with all generations of her family.

In 2012, Byron & Lois moved to the Heritage Centre in Jamestown. Byron passed away on July 20, 2012. Lois continued to live at the Heritage Centre until her memory issues worsened, which led to her move to Edgewood Memory Care in the summer of 2017. As her Alzheimers progressed, with the need for more care, she transitioned to Eventide Special Care Unit in January 2019 where she resided until her death. Alzheimers never diminished her love of caring for others. Lois was a kind person with a strength throughout her life that continued until her very last breath. She was a fighter but when Jesus came and took her by the hand, she followed. She was a devoted Christian and a member of United Presbyterian Church of Jamestown. She was welcomed into heaven by her parents, her husbands, her brother, Bruce, and her grandson, Thomas.

In lieu of flowers, gifts of remembrance can be designated to United Presbyterian Church, Jamestown, ND or the Courtenay Cemetery Association.

The service will be live-streamed on Lois’ obituary page on eddyfuneralhome.com.

Visitation – One hour before the service at the church.

Arrangements are in the care of Eddy Funeral Home, Jamestown. 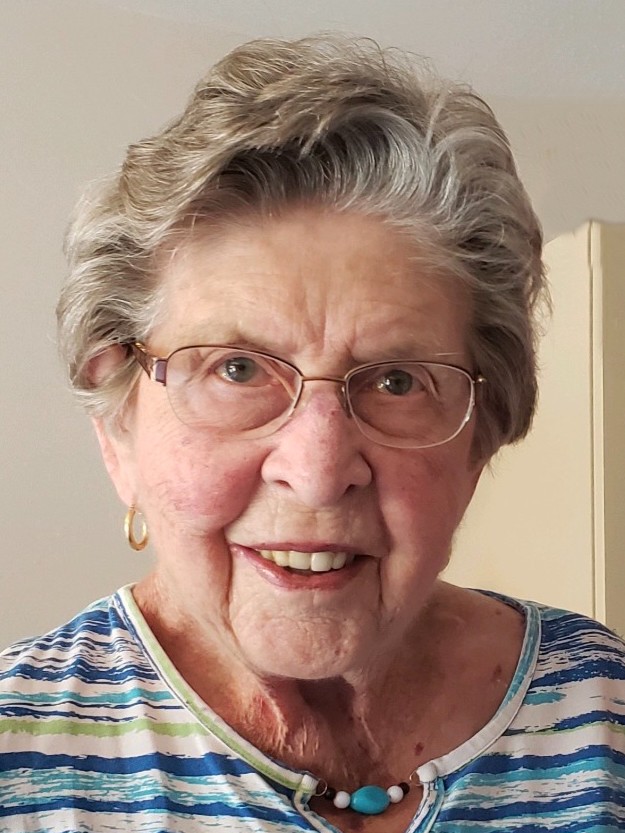