LuVern John Witty, 82 of Fargo and formerly of the Columbus, ND area passed away peacefully at his home on 1/06/22, surrounded by family.

LuVern was born on July 14, 1939 in Powers Lake, ND to Edward and Christine (Olson) Witty, where he grew up. He was raised in Columbus, ND, attended a country school, and graduated from Columbus High School in 1957. He then attended NDSU in Fargo, ND, where he obtained a Bachelor of Science Degree in Refrigeration and Heating. While attending school at NDSU, he married his wife Carol Brenno on August 9th, 1959.

LuVern and Carol were high school sweethearts and he always referred to Carol as his “bride”. LuVern and Carol made their home in Wahpeton, ND, where they raised their three children.

LuVern was then employed as an instructor for Air Conditioning and Refrigeration Technologies at the State School of Science in Wahpeton, ND. He was later employed by The Trane Company in Fargo, ND and then he started Chiller Systems in Fargo, ND. LuVern and Carol purchased a cabin at South Lake Lida in Pelican Rapids, MN, where their family and friends would gather for vacations and long weekends to enjoy fishing, boating, etc.

The couple also purchased a condominium in Arizona to enjoy with their family and AZ snowbird family and friends. LuVern was very talented and put much time and thought into his many projects. He loved his family and was always proud of their accomplishments. He was a valuable source of information and provided many years of thoughtful teaching lessons to all.

LuVern was preceded in death by his parents; father, Edward Witty and mother, Christine (Olson-Witty) Henderson and stepfather; Julian Henderson. In lieu of flowers the family requests that donations be made to Hospice of ND. 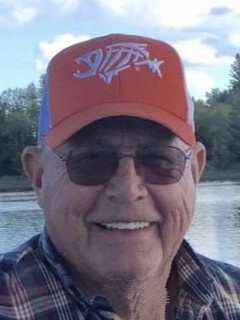