Merlyn Henry Heller, 82, passed away peacefully in his home surrounded by family after a long and courageous battle with Parkinson’s Disease.

Merlyn was born on July 4, 1940, in Gardner, ND, the son of Henry and Ida (Werth) Heller. He grew up in Gardner graduating high school in 1958. Merlyn earned a degree in automotive tech from North Dakota State School of Science in 1960 and then returned home to help with the family farm.

Merlyn married the love of his life, Angie Heller on October 2, 1964 and they moved to the family farm in Gardner. Their oldest son, Corby, was born in 1965 followed closely by Leah, Richard, and Rachael. While raising a young family and running the farm, Merlyn had many hobbies and passions which he pursued in his spare time.

Merlyn and several friends started a band and enjoyed practicing and playing at small local events. He spent hours learning new songs on his guitar and many family memories were made listening to his latest Johnny Cash or Merle Haggard songs. When his Parkinson’s no longer allowed him to play, he spent time teaching several grandchildren to play guitar. Many evenings were spent practicing, playing Rock Band or Karaoke with Grandpa coaching, laughing, or holding a microphone. Music will forever bring back memories of Merlyn, whether thinking of all of the piano lessons and band concerts, listening to Richard’s band in Mandan, or videos grandpa created to document family heritage and memories.

Merlyn always loved cars both old and new, these included racecars. He spent hours throughout his life attending auto races, building race cars, and serving on a pit crew or two. Corby and Richard and some of the grandson’s shared his love of cars. Leah once raced the kids’ ‘school’ car in a powder puff race. In the early days the Heller kids could be found in the old Volkswagen playing taxi in a freshly harvested field.

In the mid 70’s Merlyn enrolled in a correspondence course for electronics. Many winters were spent as a local TV repairman. Along with fixing neighbors’ televisions, he also had many visits which included coffee, cookies, and great conversation. Merlyn had one of the first Apple computers and spent hours typing in programs, connecting to the internet, and creating games for his kids to play. He had a knack for technology throughout life and was always seeking a better or different way to solve a problem. Each birthday and Christmas, family could count on a personalized card created for you by Grandpa, usually with an embarrassing or funny picture of yourself. Merlyn’s interest in technology also often found him behind a camera, documenting the many birthdays, holidays, and family events. Jessica shares his love for capturing life’s moments and does so as a professional photographer.

Merlyn and Angie enjoyed traveling together and had several great years wintering in Puerto Rico before his Parkinsons made the trip too difficult. Each year on the fourth of July, they held a drawing amongst the grandkids for a trip to visit the following winter. Once they settled in Arizona, family often visited with grandma and grandpa always being great hosts.

Merlyn is leaving behind 10 grandchildren whom he loved dearly. They spent time with him in groups, pairs and individually and he made each one of them feel as though they were his favorite. Merlyn didn’t value money or possessions, he valued time and he gave of his generously. When the grandchildren were visiting, he was always up before the sun to hit as many local garage sales as possible before spending the day fixing bikes, tying rollerblades, and driving the boat in endless hours of tubing and skiing. He hosted Rock Camp at the farm and co-hosted Grandma Camp at the lake with Angie.

Even in the end, Merlyn had a quick wit and great sense of humor. He often had the entire pew shaking at church making a joke that quickly passed throughout the family.

These memories can never be taken away and leave behind fulfilled but broken hearts.

In lieu of flowers, the family prefers donations made in Merlyn’s name to Hospice of the Red River Valley. Arrangements entrusted to Boulger Funeral Home and Celebration of Life of Center, Fargo. To view the livestream of Meryln’s service and the online guestbook, please visit: www.Boulgerfuneralhome.com 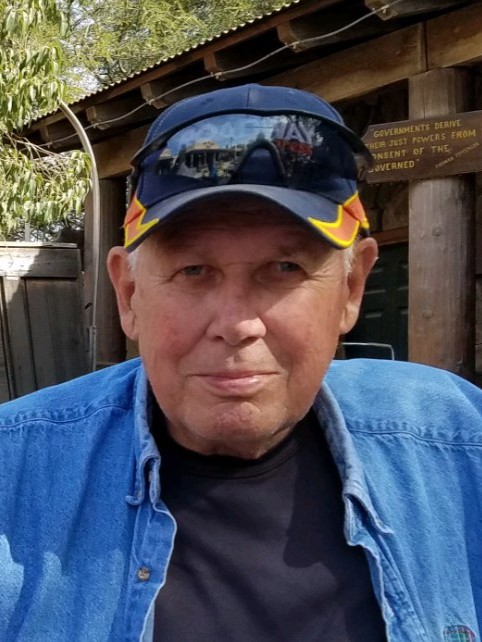