Angel Denise Thompson-Schmitz entered this world as the daughter of Jim and Gaby Thompson on October 11th, 1981. Since that amazing day, she truly became one with her namesake, an angel to all those who knew her before her passing on the 21st of November 2022.

In school, Angel loved sports and music. JROTC, basketball, volleyball, track, and her clarinet led her to make connections with her fellow Department of Defense School attendees (especially her Heidelberg Lions alumni), which lasted throughout her life.

Angel’s childhood shaped everything which was to follow... from discovering a love of dancing in her mother’s studio to watching her father shine his combat boots, these events guided every step she would take. She joined the United States Army as a Combat Documentation Production Specialist on July 1st, 2000. In her twenty-two years in the army, she attained the rank of First Sergeant and was stationed in Germany, California (twice), Virginia (twice), Maryland and finally Georgia; she also deployed to Iraq and Qatar. Of Angel’s assignments, her time in California and Virginia led to meeting the people who would share the remainder of her life. Angel’s love of singing and dancing introduced her to the “Nick’s” and “Don Martin’s” crews, karaoke and line dancing formed the foundation of these relationships and she would spend hours after dancing the night away, teaching line dances at the end of people’s driveways to include her Maid of Honor, Kristy.

A tomboy to most that knew her, Angel always wanted a “Princess” wedding at her beloved Heidelberg Castle but was convinced to share her life with Stephen on August 24th, 2012, in a ceremony at Mount Vernon, Virginia. Together, they raised three “fur babies”, Buddy, Mae and Milo; sharing photos of the pups’ adventures was usually the daily event Angel enjoyed most.

Angel’s husband Stephen Schmitz, parents Jim and Gaby Thompson (nee Schmidt), and brothers Jeremiah Thompson and Barry (Nijole) Thompson continue to celebrate her life with their families and those surrounding them. Angel’s story persists with all those who knew her, and her legacy is carried by the troops she inspired, taught, and led.

A donation to Tyson’s Wonder Wheels 4 Boxers on behalf of Angel would be preferable to flowers. When Buddy crossed the rainbow bridge due to Degenerative Myelopathy, his “wheels” were donated to Tyson’s and Angel continued to assist other families with their struggles to help their 4-legged companions. To donate please visit: https://www.gofundme.com/f/tww4boxers/donate.

Funeral Services and Internment at Arlington National Cemetery are still being scheduled. For service updates and to sign the online guest book, please visit www.plattsfuneralhome.com. 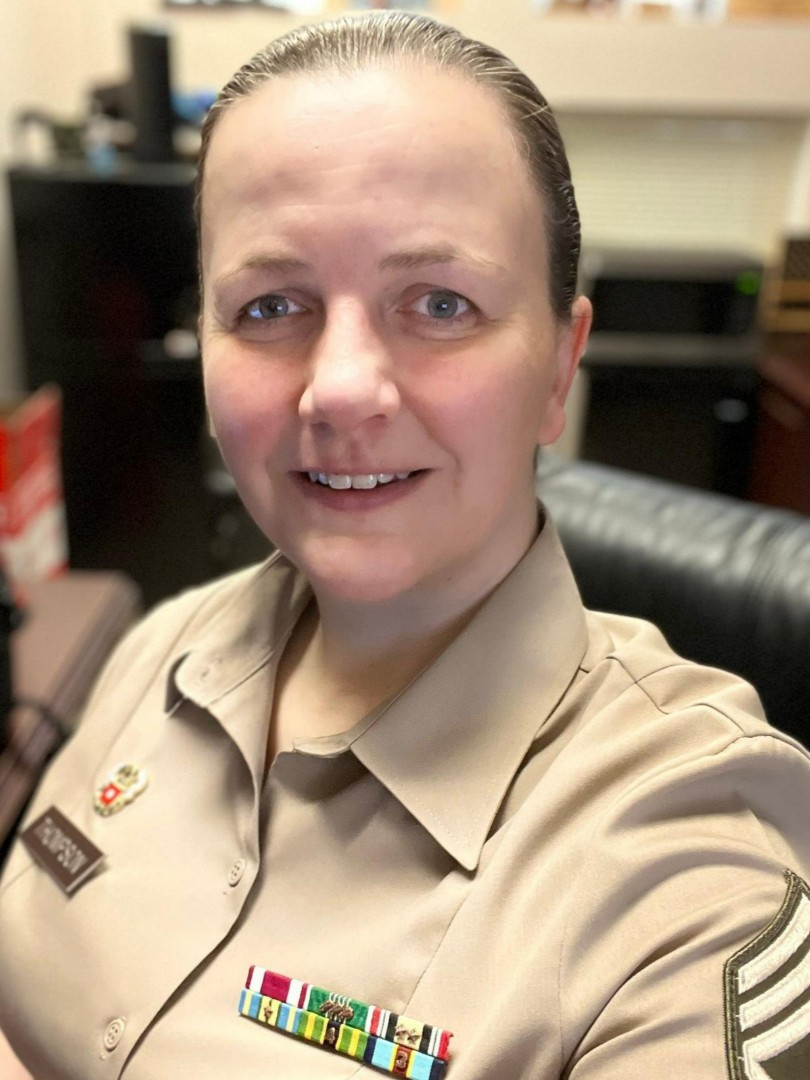