Norman Goehring, 89, formerly of LaMoure, ND passed away peacefully at his daughter and son-in-law’s home in Bismarck, ND on October 30, 2022.

Norman Ames, son of Francis and Ruth (Ames) Goehring was born June 4, 1933. He attended school in Dickey, ND through the 10th grade before having to quit to help out on the farm. At age 18, he joined the U.S Navy and served his country during the Korean War. After being honorably discharged in 1955, Norm returned to the Dickey area and met the love of his life, Yolanda “Sue” Martin. Norm and Sue were married on January 4, 1957 and were blessed with three children, Debra, David and Barbara. They made their home in LaMoure; where Norm was a valued mechanic and truck driver, business owner, and was able to fulfill his livelong dream of being a farmer.

Together, Norm and Sue enjoyed their love of music and the camaraderie they shared with friends they met along the way, who also shared in this passion with them. The love of music was what brought Norm and Sue together, and that love continued to carry on down through their children, grandchildren and great-grandchildren. Some of the moments Norm treasured the most, were when he was able to play guitar with his grandchildren. Norm was a member of Holy Rosary Catholic Church, where he was active in the music ministry of the church, along with Sue who was the church organist for many years. Norm enjoyed his involvement with the Cursillo Movement, where he met many brothers and sisters in Christ through the years. He and Sue hosted a weekly breakfast and time to pray for anyone who would like to attend for more than 30 years. Norm touched many lives throughout the years, not only with his heartfelt music that he played by ear, but being able to enjoy this passion and love for music with his beloved wife Sue. He was also a willing volunteer in numerous capacities and organizations, especially at the Legion.

Rosary will be held on Sunday, November 6, 2022 at 1:30 p.m. followed by a prayer service at 2:00 p.m. at Holy Rosary Catholic Church in LaMoure. Mass of Christian Burial will be held on Monday, November 7, 2022 at 10:30 a.m. followed by burial at Holy Rosary Catholic Cemetery near LaMoure. Norm’s service will be live streamed on the Dahlstrom Funeral Home website www.dahlstromfuneralhome.com on his obituary page. 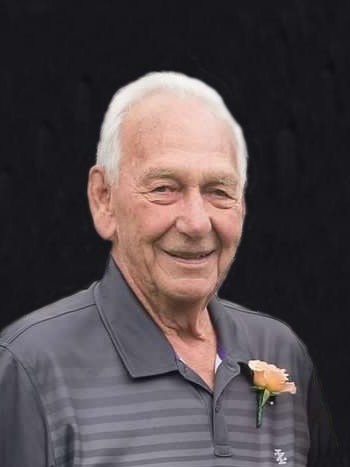