He was born on June 6, 1943, in Portland, Oregon, to Elmo and Margaret (Haugen) Anderson. Bruce lived most of his young adult life in Rugby, ND, where he learned to love the horizontal grandeur of the prairie. He graduated from Rugby High School in 1961, earned his Bachelor of Science degree from Concordia College, Moorhead, MN, in 1965 and then went on to Luther Seminary, St. Paul, MN, where he earned his Master of Divinity degree in 1969.

Bruce met Aimee (Agre), during their time in the Concordia band and they were married in 1966. After graduation from seminary, Bruce served four congregations in Goodridge, MN from 1969-1977. Daughters Beth and Leah joined the family during their time in Goodridge. Our Savior’s Lutheran Church called Bruce to Duluth in 1977 and son Daniel was added to the family shortly after the move.

Bruce served Our Savior’s until 1994 when he was called to be the Director of Church Relations at Concordia College in Moorhead, MN, until retiring in June 2008. Bruce enjoyed spending time with family and friends, fishing, golfing, traveling, and pursuing many hobbies. The progression of his 25-year battle with Parkinson’s disease slowly limited his abilities, but never dimmed his faith in God’s promise of eternal life or his sense of humor.

A memorial service will be held at the Lutheran Church of the Good Shepherd in Moorhead, MN, on Friday, April 22nd at 1:00 PM with a visitation hour starting at noon. The service will be livestreamed at goodshep@ktgs.org and Bruce’s webpage at www.wrightfuneral.com.

In lieu of flowers the family requests that memorials be given to the charity of the donor’s choice. 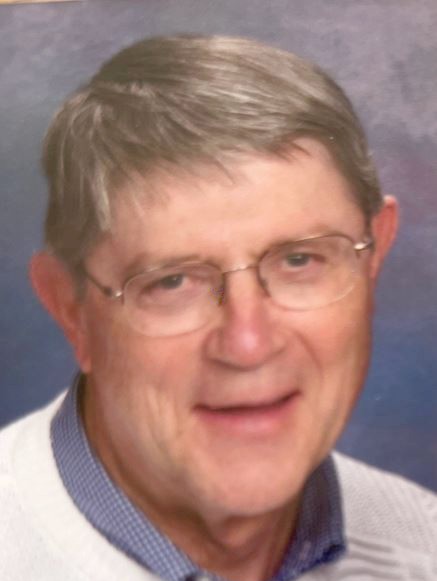