Patricia L Goerger, 79, of Barney, ND, passed away on Tuesday, June 21, 2022, in her home. Visitation will be Thursday, July 7, 2022, from 5pm to 7pm at St. John the Baptist Catholic Church in Wyndmere, ND, followed by a prayer service and rosary. Her Mass of Christian Burial will be held Friday, July 8, 2022, starting at 10:30 am, with visitation one-hour prior at the church, burial will follow at the church cemetery. Arrangements have been entrusted to Vertin-Munson Funeral Home, Wahpeton, ND.

Patricia Louise Davis was born on January 22, 1943, to Embert F. and Agnes E. (Hafner) Davis, the eighth of ten children. She attended grade school at Barney #1, and high school at St. Francis Academy in Hankinson, North Dakota and graduated in 1961.

Patricia married Allan E. Goerger on February 2, 1963. They had four children: Lorena, Bernadine, Stephanie, and John. The family lived on the Wildrose Stock Farm, the Goerger family farm in Danton Township, where they farmed until 2017.

Patricia attended St. Mary’s School of Nursing and was employed at St. Francis Hospital Laboratory from 1961 until 1965. Patricia also served on the St. Francis Hospital Governing Board for eight years. In 1986, Patricia returned to work full-time at Opticare in Breckenridge, MN, becoming co-owner of the business and working as an optician/contact lens technician, and office manager.

Patricia was very active in many capacities at St. John the Baptist’s Catholic Church in Wyndmere, ND. She served with the Christian Mothers, chaired many church suppers, taught CYO for many years, and served as a Eucharistic Minister and Lector. Patricia took flying lessons, and did her first solo flight in 1975. She and Allan were able to travel the world and hunted big game in Africa, Alaska, Mexico, Central America, and the western USA. Patricia loved to point out that she was able to drop more than a few of her animals with one shot. While all the children were still home, they formed the Goerger Family Bluegrass Band, and the family traveled near and far to perform. Patricia was always proud to tell everyone that while she didn’t perform on stage, she was producer and manager.

Patricia enjoyed time with her 10 grandchildren. Some of the family’s favorite times were the Grand Adventures that took them in an RV to the Black Hills, the Grand Canyon, Yellowstone National Park, Glacier National Park, and other natural wonders throughout the western US.

Patricia was a free spirit who loved gambling, teasing her children and grandchildren, and bartering for goods of all kinds. As she would always say, this would be the greatest adventure of her life and she wouldn’t have to pack for it. 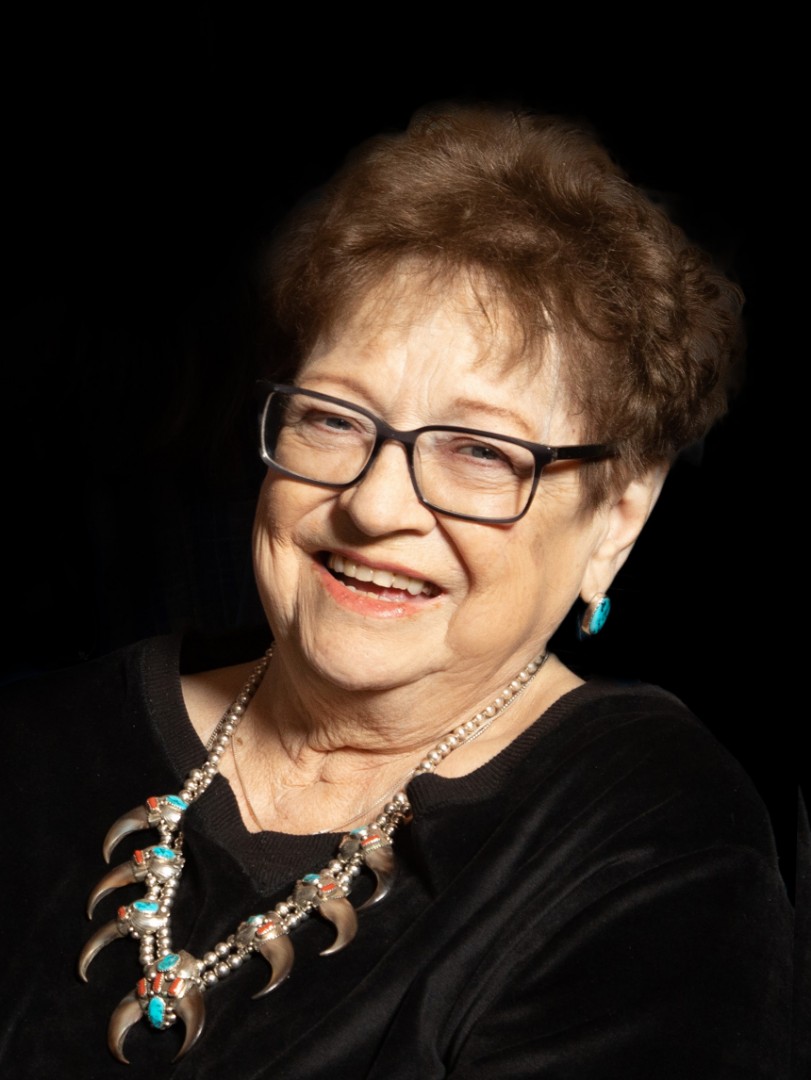