William Walter “Bill” Bergquist passed away peacefully with family by his side on Friday, July 29, 2022, at Sanford’s Hospice House, Fargo, ND. Bill was born April 30, 1958, in Fergus Falls, MN, son of Lowell and Shirley Bergquist. He grew up and attended school in Dilworth, MN. Following high school, Bill attended college at Alexandria Tech (Law Enforcement Associate Degree) and then MSUM (Criminal Justice Degree). Bill married his high school sweetheart, PeggyAnn “Annie” Lenzmeier in 1979. They made their home in Moorhead, where they raised their family.

Bill started his law enforcement career in 1979 as a volunteer Peace Officer for Clay County. Upon completion of his Law Enforcement training, he served as Loss Prevention manager for the Holiday Corporation, and worked for the Dilworth and Glyndon Police Departments before starting his 14-year tenure with the Moorhead Police Department in 1988, where he served as patrolman, DARE officer, and hostage negotiator for the Red River Valley SWAT Team. In 2002, he was elected Sheriff of Clay County, where he served for 16 years before his retirement from his Law Enforcement Career in 2019.

Bill was well-known for his dedication to his career; but the most important aspect of his life was his family, enjoying many rich memories on vacations, hunting trips, and other adventures. He was very involved in his children’s lives, serving as coach and parent coordinator for many of their sports activities. He and his wife were absolutely delighted in their grandchildren.

He was preceded in death by his wife, PeggyAnn “Annie”; father, Lowell; his mother, Shirley; and his father-in-law and mother-in-law, Gene and Marilyn Lenzmeier.

The family would like to give a special thank you to Farmstead Memory Care and Sanford’s Hospice House for their exceptional care.

Interment will follow the service at Riverside Cemetery in Moorhead. 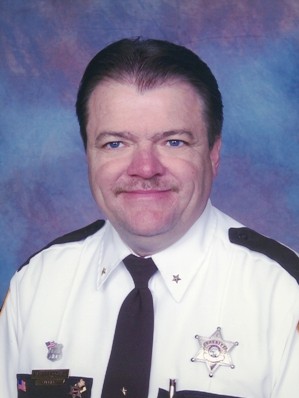