William (Salty) Leroy Mangnall was born August 8 1926 to William and Carrie (Christenson) Mangnall in Verona, ND. Salty passed away in his daughter’s home on June 21, 2022 at the age of 95 years old.

The Mangnall family moved to Mildred Montana when Salty was 1 year old. His parents homesteaded a ranch, raised livestock and added Ralph, George, Annabel and MaryLou to the family. When he was 13, the family moved back to the Oakes area. Salty continued his high school education while working for room and board at the Dahlbeck family farm on the north side of Oakes. Upon graduation, he immediately enlisted in the service at the age of 17.

Salty returned to Oakes and started to farm. He fell in love with his Queen, MaryLou Sanders, and they were married February 8, 1953. They had three children, Terry, Jeanne and Dona.

The Mangnall Ranch raised and exhibited purebred Columbia sheep and Shorthorn cattle along with pigs. They showed pens of steers at the Valley City Winter show and won awards. During harvest, Salty fell from a ladder and shattered his kneecaps. The surgeons tried to assemble the pieces but warned him that he would never walk again and certainly never dance again. He provided his own therapy, walked on his own and enjoyed many years of dancing with his MaryLou… reminding everyone that he showed those doctors that he knew better.

Salty was a lifelong (75 years) member of the American Legion. Salty and Marylou were active in the Legion and the Auxiliary. They attended state and national conventions around the United States through the years. They served on committees and as officers for their organizations as well as supporting others and lobbying for changes for veterans.

In December of 1978, Salty and MaryLou planned a short three week vacation to Texas to visit some friends. Plans changed. They drove on to Arizona to visit their lifelong friends, the Froemkes, stayed until June 1 and bought a house in Chandler, Arizona. They returned to Oakes to pack up their belongings and moved to their Chandler home permanently. Salty worked at TransFoods, owned Bosa Donuts with his son, and later worked maintenance for a retirement community. MaryLou continued her rosemaling, opened a small gift shop with painting classes and made annual trips to North Dakota to visit family and demonstrate tatting at the Hostfest. 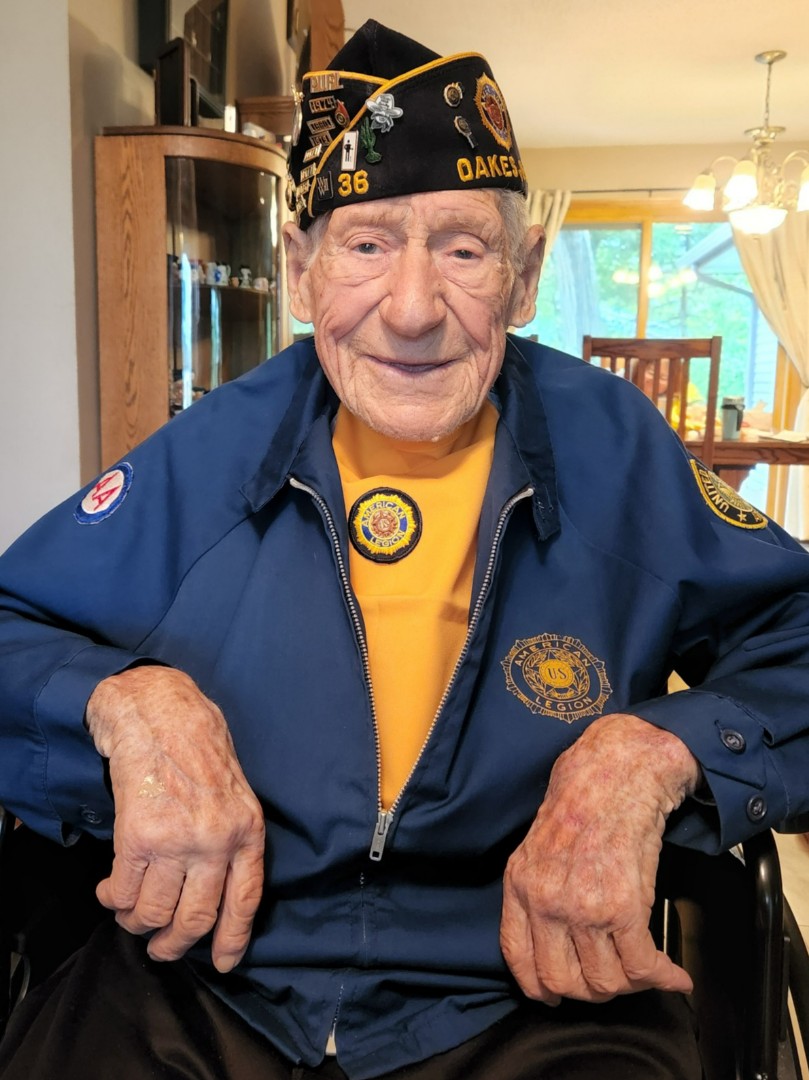