Bill was born March 6, 1932 in Grand Forks, North Dakota, to William and Josephine (Stiles) Stutsman. He graduated from Valley City High School in 1950. In 1951 he enlisted in the United States Navy during the Korean Conflict and served with the Atlantic Fleet until 1955.

Bill married Monica Koppelman of Great Bend, North Dakota, in 1957. He graduated from Moorhead State College (MSUM) in 1958 and also earned a post-graduate degree there in 1965.

He taught school in Wahpeton, North Dakota and served as an elementary principal in Wahpeton, Cannon Falls, Minnesota, and Pelican Rapids, Minnesota, for a total of twenty-nine years. He was active in many community activities as well as state and national educational organizations and served as president of the Minnesota Elementary School Principals Association in 1975. In 1978, Bill received the Minnesota Elementary Principal of the Year award and in 1983, the Elementary Principals Distinguished Service award.

He was coordinator of the first summer Head Start Program in Otter Tail and Wadena counties.

Bill took early retirement from the Pelican Rapids school system in 1987 to earn a masters degree in guidance counseling from North Dakota State University and for the next eleven years worked as a self-employed Employee Assistance Program (EAP) counselor serving a number of companies in eastern North Dakota and western Minnesota. Besides counseling, he conducted workshops for company supervisors and other company leaders. He retired to their home on Lake Lida in 1999, where he enjoyed fishing, woodworking, and many other hobbies. In 2012 he and Monica moved to Melbourne, Florida.

Bill is survived by his wife, Monica, and their two sons, Hal (Rachel), Indian Harbour Beach, Florida, and Joel, Superior, Wisconsin. He is also survived by three grandchildren, Samuel, Taylor and Molly. He was preceded in death by his parents and a son, Bill Jr.

A private service and interment will be at Ringsaker Cemetery in rural Pelican Rapids at a later date. 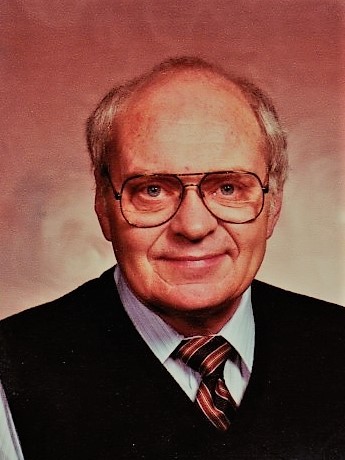